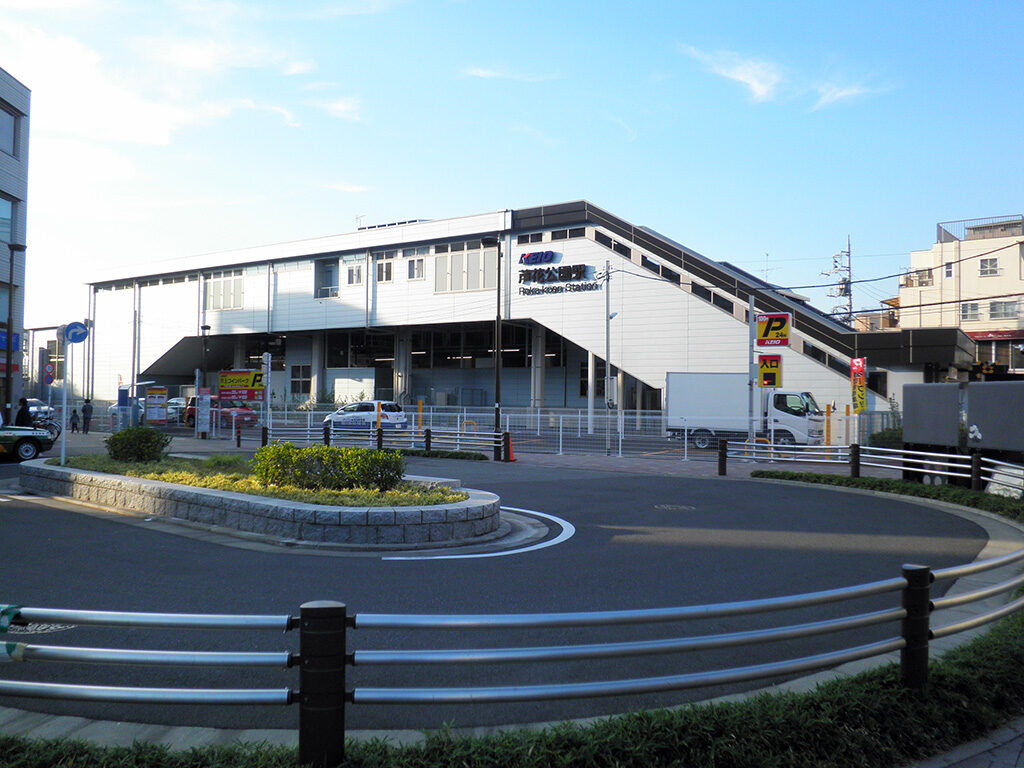 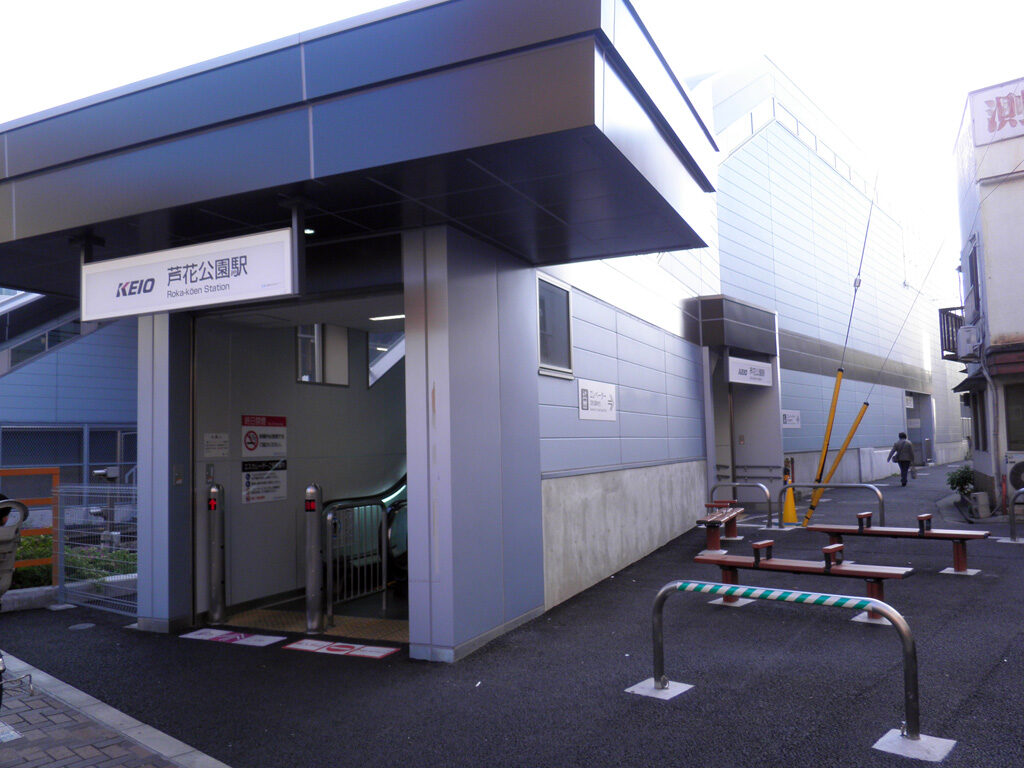 The north exit of Roka Park Station
Roka Park Station was opened in 1912 as Kamitakaido Station on Keio Electric Rail.
After that, it was renamed to the present-day Roka Park Station in 1947, in honor of the former residence of a great writer Tokutomi Roka.
The station is located at Minami-Kashiwayama in Setagaya Ward, but on the east side is the border line with Kamitakawell in Suginami Ward. 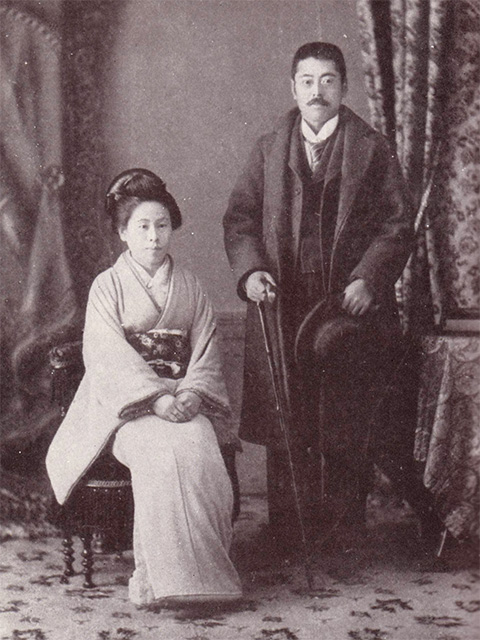 The station south exit area has been being redeveloped since 2004 and is becoming a new city. 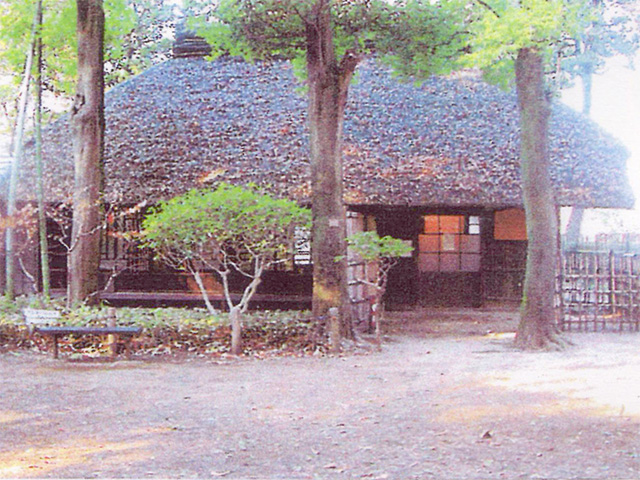 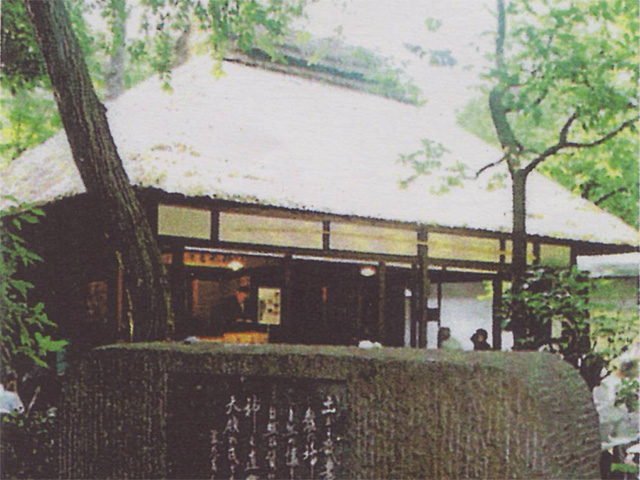 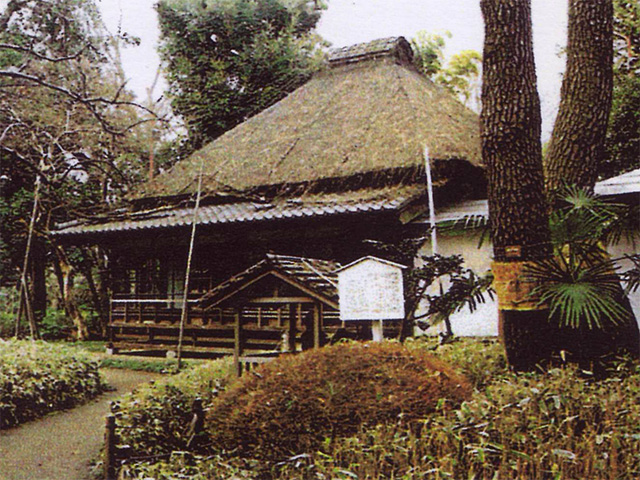 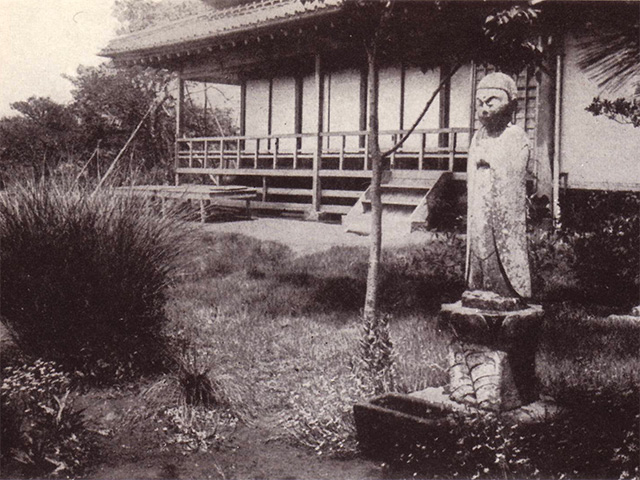 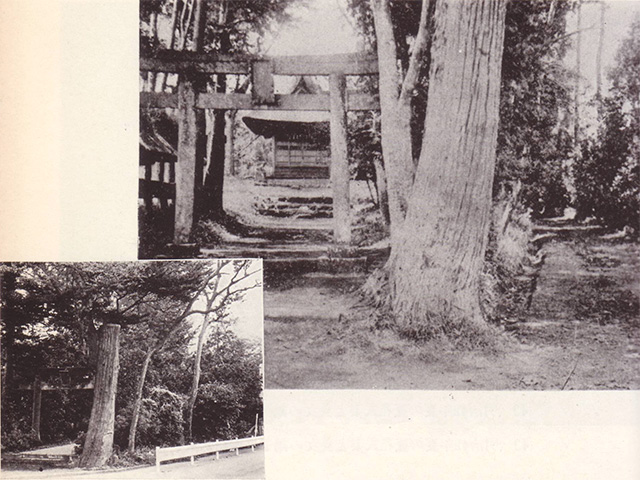 The cedar of the parting at The Hachiman Shrine of Kasuya

Roka Park Station in the 1940s 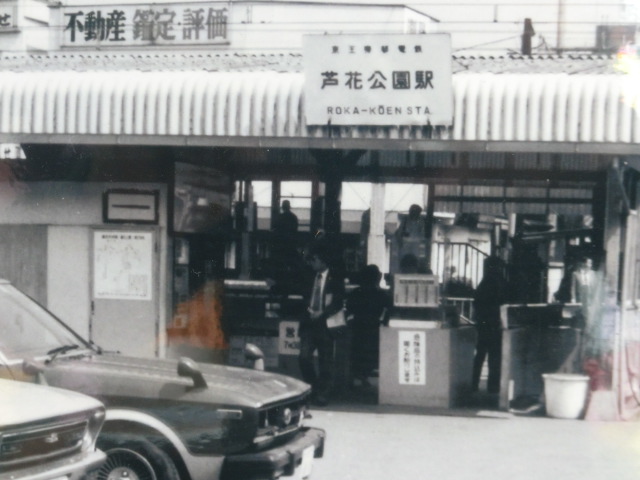 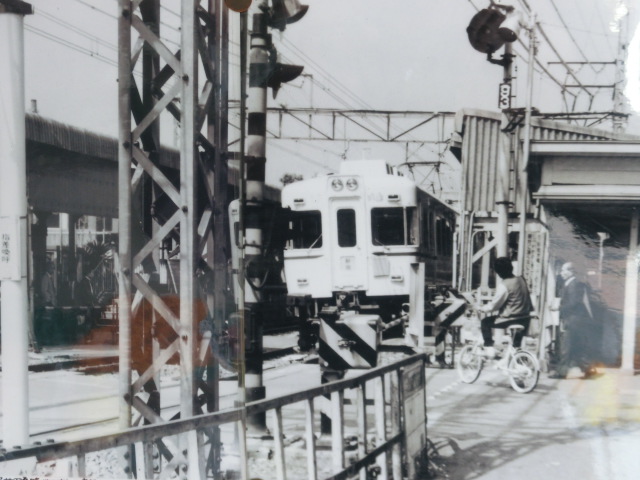